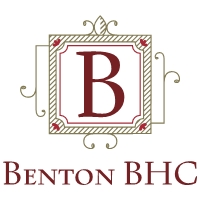 Many parents have questions and concerns about their teenager’s alcohol and drug usage, including how best to set limits and rules within the household.  These issues may become concealed and more complicated when these individuals are high-functioning—in that they are performing well in school, are engaged in extra-curricular activities, socialize with friends and appear healthy.  Adolescence is also a time period of experimentation and identity formation as well as “rebellion”.  Therefore, it can be challenging to find a balance between creating realistic rules, encouraging honesty and finding humor and joy in parenting teenagers.

Elizabeth Driscoll Jorgensen, Founder and Owner of Insight Counseling in Ridgefield, Connecticut (insightcounselingllc.com) has over 26 years of experience specializing in adolescent psychotherapy and substance abuse counseling. She is a nationally recognized expert in substance abuse counseling, engaging resistant teens and motivating them to change. She is a popular (and humorous!) speaker on parenting pre-teens and teenagers and has presented nationally, including at Harvard University and Dartmouth College. She is also a recipient of two Congressional Awards (1994 and 2008) for her work as an educator and community prevention activist.  Given Liz’s expertise and years of experience, I wanted to ask her questions that many readers may have.  This is the first of a 2 part interview with Liz Jorgensen that will be posted separately:

1. What is the most common challenge that parents come to therapy asking your guidance with related to alcohol and drug usage?

When parents call for help, it is usually after a period of time that they have had strong ‘gut feelings’ that something was not right with their teen, or even after they have caught their teen a few times with alcohol or marijuana and believed their child’s nonsense excuses.  I feel that parents often believe that they don’t have the right to seek help based solely on their own fear or intuition. I coach parents about this often with the following advice, “You can always apologize to your child for dragging her in to talk to a therapist, but you can’t take back the possible risks of waiting.” I also remind parents that they didn’t hesitate to act on their ‘gut feelings’ when their child was young—suspicions about their child’s safety or honesty regarding alcohol and other drug use are also potential threats.  I also encounter many parents who mistake the widespread use of alcohol and marijuana among teens as an inevitability that they cannot influence—this is not true, as teens need and want limits.

2. Is it more challenging for parents to address alcohol and drug issues with a “high-functioning” teen versus lower functioning (having more difficulty fulfilling daily expectations)?

Yes, absolutely. When a teens’ grades are faltering or they are not able to retain their functioning, parents can give their child rational feedback about this connection to their drinking behaviors. High-functioning teens who drink will often defend their behavior with the explanation “I am on high honors!” “My GPA is a 4.0”, etc. Parents need to keep the emphasis on safety, and on their love and concern, which is consistent regardless of a child’s grades. In fact, there is mounting evidence that highly driven teens sometimes see alcohol use on the weekends as a reward for their hard driving work all week (similar to the rationalization that high-functioning adults use to excuse their drinking!)

Parents need to set and maintain safety limits regardless of a child’s functioning in other areas. I use the following example to illustrate this. If your child began refusing to wear a seat belt or drive safely because “I am on high honors!” most parents would laugh and take the car keys. The issue of drinking is exactly the same. Keep it as a safety issue in your own head and describe it as such to your child.

In general, I want parents to remember that even if their teen is brilliant and highly accomplished, their brain is not fully “online” and functioning optimally until they are at least 21-24 years old. The pre-frontal cortex (the seat of all higher order planning, impulse regulation, emotional regulation and other important functions) is the last part of the brain to develop and it literally doesn’t work in teens when they are behaving irrationally and impulsively in order to get something that they want.  Parents need to be the “pre-frontal cortex” for their teen, make the safe decision for them and then ’walk away’ from the crazy, intense arguments that may ensue.  Smart kids cannot regulate their emotions and behaviors any better than average kids- they just make better excuses and lies!

3. What general and statistical information about alcohol and drug usage is most useful for parents to know and for parents to pass along to their teenagers?

When parents are attempting to influence their ‘high-functioning’ teens, hard facts need to be repeated over and over again. All teens assume they are ‘smarter’ than adults (in some ways) and they are very skeptical about data they don’t want to believe.  I tell parents to keep it ‘short and sweet’ and challenge teens to look up the facts themselves and come back with a factual argument.

Binge drinking rates are higher in affluent areas in the U.S.—that is a fact. The adolescent brain is especially vulnerable to damage of the gray matter when teens binge drink. Gray matter does not grow back and there are multiple studies that show a real impact. Parents need to define “binge” the way researchers do: three or more drinks per drinking event for teen girls and 4 or more drinks for boys. I remind teens that a drink is one 12 once beer, or one 1.5 once ‘shot’ of hard liquor. Most teens cringe, because their drinking is often much higher than this amount.

The other data I tell parents to share is the “delay and prevent” method.  We know undisputedly that the longer teens delay drinking behavior the less damage is done to their developing brain and the less likely they are to become addicted. Instead of getting into a power struggle, or circular argument about teens drinking at all, I beg them to delay their use. It’s harder to argue against!

4. Is there such a thing as “normal” alcohol and drug usage for minors?

This is the toughest question to answer well, and one that I receive often. “Normal” if defined by an average or a social norm is not good at all, as currently binge drinking is a norm for teens who drink. That being said, even if parents are very clear with rules, expectations and boundaries, teens may try alcohol as a “normative” experiment—precisely because drinking behavior is so prevalent and “OK” among teens and many parents. Parents who ‘catch’ their child breaking a set rule or expectation now have a unique chance to guide and teach their child to act wisely DESPITE the immense social pressure to binge drink.

5. What type of leverage or incentives can parents use to help their teens to make positive choices with alcohol and drugs?

Parents need to be absolutely clear about their expectations for sobriety from alcohol and all other drugs and they need to share their love and worry about what could happen to their child, rather than threats of consequences. Guilt is the best protective device ever invented to help parents keep teens safe (“I love you with all my heart and I couldn’t bear if something happened to you”). That being said parents need to articulate their expectations very clearly but in a manner teens can hear. For example, “I know you are attending a homecoming event tonight where there may be alcohol that is snuck in.  We expect you to stay away from any alcohol or drug use even if your friends are drinking and  call or text us to get you if it gets crazy.“  I share the idea of a family contract and a family safety password at all my workshops. The family contract says things like “We promise not to abuse alcohol or other drugs ourselves and we will do everything we can to keep you safe and let you have freedom socially” and then families can customize their individual expectations. The safety “password” says that at any time, for any reason your child can call or text you using the password and that means “Come get me/us now. Things are not good”.   The other part of the safety password agreement is that parents promise not to “freak out” when they do pick their child up and that their teen’s honesty and good judgment will be rewarded either by no consequence or a milder consequence depending on the situation. Teens do often respond to this and use it in the correct manner.

The second part of this 2 part interview will follow- stay tuned!